Addendum: Samsung so impressed me with the NX300 that after some consideration I just sold my DSLR and ordered an NX30. Bottom line is that I realized I wanted an NX300 with a built in flash, hand grip, and an EVF. As an added bonus over my just sold DSLR the NX30 offers WiFi built in, a fully articulating touch screen, an articulating EVF, many more focus points, etc, etc. Plus I could share lenses between the 2 cameras. Looking forward to receiving it and taking first shots. -ELW

Recently I exercised an utter lack of brand allegiance by liquidating my, very much enjoyed, assemblage of Olympus gear. Why? Simple. Having an E-P5, many sundry lenses, and a very nice flash larger than my camera I was next planning to purchase:

So I of course traded a few lenses for a Nikon D3300 w/ a 18-55mm kit instead with no out of pocket expense. Eric logic. I love a good deal far more than acquisition for acquisition’s sake.

Then I rather enjoyed the Nikon so for a moment I thought of trading the balance of my Olympus gear for a D7100 so as to have  a 2nd body. But I liked having a mirrorless camera so I instead traded for 35mm f1.8,  a 55-300mm and had a few coins left over for whatever CSC I decided upon. Nothing wrong with the E-P5 or the D7100. Great cameras. Just wanted to see what else was out there, and had become interested in obtaining a tidy little CSC with an APS-C sized sensor like my newly acquired Nikon. I realized my initial issue was trying to get one system to do all things which was fair to none. My personal preference was to have a mirrorless to exploit it’s strengths of small size and lightness AND also a DSLR to gain it’s strengths of a burly hand grip for my mitts when using a zoom and a built in viewfinder. After a brief, but obsessive search I settled on trying out an NX300. Let’s get the negatives out of the way:

Now on to why I gave it a shot.

The zoom kits (20-50mm non-OIS kit and 18-55mm OIS kit) are nice, but that focal range was well covered by my D3300 kit lens, furthermore by the 55-300mm and I am a sucker for fixed focal length lenses so the 45mm was the way to go kit wise. I expected to like the NX300, but it has performed well above price and my expectations so far. Because of the price gap I was not expecting it to hang in the same realm of the E-P5, but as this comparison shows the NX300 holds it’s own quite well in fact.

I now have a nice balance. A very nice family event (soccer, recitals, etc.) and long zoom camera in the Nikon D3300 and a very nice compact walkabout camera in the Samsung NX300.

In fact I like the NX300 so much I have already ordered a Gariz half case and will soon be picking up a 30mm f2 lens (since purchased) for that added bit of portability while giving the closest Samsung equivalent to my favorite focal length. Plus instead of potentially laying out an additional $699 to $1,399 to obtain a second body I acquired 2 bodies and 4 lenses on an even swap without a penny spent. Some last thoughts and some sample shots:

One Reply to “Samsung is on to something with the NX300… so I just ordered an NX30.”

Most recent therapy sess.. coping mechani... I mean blog post is trending a bit up from my usual hit count. Cool.
Success. Samples here with all 36 exposures posted at the link in bio. #agfaapx400 w/ @pentax.jp @ricohpentaxuk #pentaxsf10 #pentax77mmlimited and developed w/ @cinestillfilm #cinestilldf96 (Using instructions for Ilford HP5) @sec_carrboro #blackandwhite #ishootfilm #filmphotography
@therealrobblue So far so good. Scanning up next. Used the same instructions be as HP5. 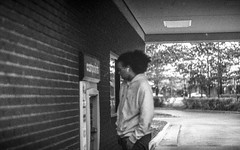 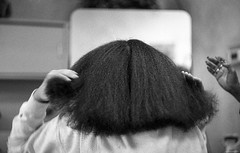 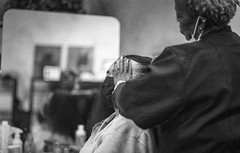 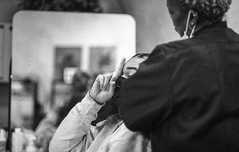