You see what happened was…

In the beginning, for me photography wise, was my father’s Pentax ME Super. Sure he had cameras before that many years ago and I also had my own Polaroid One Step (to keep me off of his SX-70 to be sure), but the ME Super was a turning point. I liked photography before that, but I fell in love with the process of preparing, taking the photo, getting the photos developed, and the anticipation. That camera is why I keep a number of film cameras to this day. As I am brand agnostic I regularly churn through different systems as whim, preference, and trade values dictate. Up until recently I was on a decidedly Sony jag having acquired a recent price dropped A7, and a few lenses. All was well in the land. Then my father decided to take his Pentax ME Super out of storage (I primarily ran a roll through it now and again) for a trip he and my mother were taking to Vegas which included a Grand Canyon excursion. This started an unexpected chain of events that brought me back to Pentax.

First roll of film went well for my father, but I was saddened to hear that things did not go so well after that. The mirror locked in the up position, the shutter would not press, and the camera could no longer be loaded or advanced as he attempted the second roll of film. Not surprising as this camera has many years and miles on it. As anyone would have standing at the Grand Canyon he then soldiered on with his camera phone. When he returned it was diagnosed as a shot board by Southeastern Camera, Carrboro. Nostalgia set aside it was time to punt. My father had been thinking of getting a DSLR, but did not want to spend a lot so I asked what they had second hand and they had a Pentax K-10 D in good condition with a zoom lens and battery grip for a song.

A main perk is that my father would be able to use his existing lenses and flash. Cool. I bought the camera as a gift and brought it to him that night. Here is the thing. I liked the handling of the camera so much that I could not put it down. Many controls were right on the camera and very well placed. Then I realized that this camera had sensor based image stabilization, like I enjoyed on my Olympus cameras, so all lenses would benefit. It was weather resistant. It had an LCD screen on top like I had been wanting. All this and more impressed me and when I arrived home that night I immediately started perusing the internets for a second hand Pentax of my own. Once I realized how reasonably priced they were I decided to see if I could trade some gear for a K-3 or K-3ii body. Sure enough I could at Southeastern Camera, Raleigh and I ended up with a new K-3ii and only paying out of pocket for tax and the price of a $95 50mm f1.8 lens I bought to go along with it.

Soon after that same week I picked up a second hand sample of the older, discontinued version of the Pentax DA 55-300mm lens for a great price. A good start. If you have read any of my posts you already know that I believe all modern cameras systems to be quite  competent. Trying out systems long term to see whether I will keep them or not and I have been through a few is a great time.  Not a bad thing to say about any, but I do have preferences. Here are my thoughts on the K-3ii so far:

While I could go on one of the main reasons for my move is quite subjective. Perhaps there is some latent loyalty from my childhood, but from the moment I picked up the K-10D there has been little to no searching for anything and the layout lends itself to one concentrating on taking pictures. It feels like a film camera that progressed organically to it’s present digital conclusion rather than an electronics device shaped like a camera. I simply enjoy shooting with the K-3ii.  Will this continue to be the case? Way too early. Time will tell, but so far it looks good. Here are some sample shots. -ELW 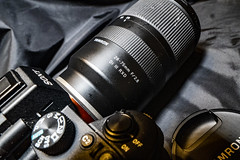 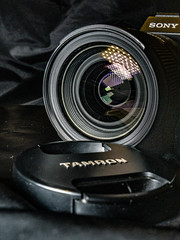 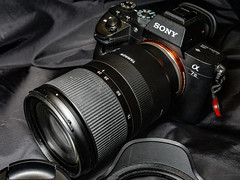 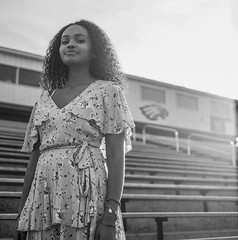