At least that was my thinking.

2017. A lot of folks have been talking about how bad it was.  A lot of the same was said regarding 2016. But any space in time is ultimately what you make of it. Or in this case what society has made of it. And society, by action and inaction, has not done that well admittedly.

While there was a lot of unpleasantness this is all necessary. For too long many have been able to afford the luxury of ignorance while many have not had that same luxury. Willful ignorance of the simmering, active hate that has now exploded all over the sociopolitical landscape. Few in possession of a functioning prefrontal cortex and intact moral compass can legitimately feign ignorance now. Any who still cling to such delusions are beyond help. External influence anyway. Not interested in them. They have chosen their version of truth no matter how mistaken. Leave them. So for those that are now awake now what? Anger is normal. Sadness also. Hopelessness I guess. But then what? Those are all emotional waystations not intended to be destinations.

Racism, misogyny, xenophobia, homophobia, Islamaphobia, and all other phobias and intolerances at large. What is to be done with all this newfound “wokeness”?

For those that were never asleep snark towards the newly awoken can be tempting. But wholly unproductive.

The newly woke can act as if their personal epiphanies are newly minted revelations that all of mankind should sit at their feet and take in. But that will just cause those long awake to sprain their eye roll muscles.

Already seeing signs of division in the revolution. The new guard conflicting with the old. Divides between the different demographics within the disenfranchised. There is nothing those in power would like to see more. For the love of Pete stop it.

The deal is some who thought that they were on the in are only recently realizing they are also the disenfranchised.  We knew. They did not. Hence their anger.

What is the largest divide? Means. Ultimately this is about those who endeavor to cling to more and more to the detriment of more and more. Divide and conquer. And conquer they have. Keep the masses squabbling over crumbs while they run off with the cake.

Attaining success is fine. But when you use your success to game the system so you can choose who can be successful or not, even gaining power over the very systems meant to be checks and balances. That is not capitalism. That is headed towards an oligarchy. That is where we find ourselves.

Long ago I thought that the corrupt measured success by their ability to evade detection by those in power. But the ultimate goal of the corrupt is to assume power. So much so that evasion is no longer required and wanton acts of malfeasance can take place in the light of day with no repercussions.

And that is where we are ladies and gentlemen.

But what do we do about it?

For point 2 this last year combined with the encouragement of others has motivated me release 2 books at the close of 2017.

Dadisms. A collection of thoughts my father shared with me over time that helped shape who I am.

Random Neural Firings. A collection of thoughts I have collected over the years. Some just quick quips in reaction to the events of the day. Some just silly. Some catalog my attempts to make sense of the world by trying to look past what we are instructed to believe to see what is actually going on.

I do not have all the answers. Just hoping to encourage others to believe in themselves and think. Those in power do not yet have domain over our minds. Let us at least exercise those, and encourage and enlighten one another. 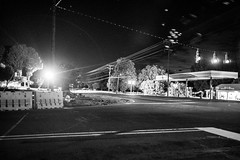 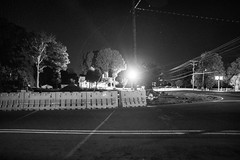 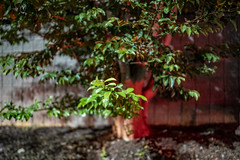 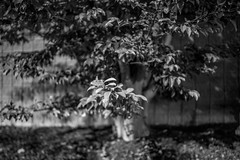