If photography needs to make sense you are probably not doing it right.

I started uttering this half-jokingly some time ago in response to being drawn to a piece of gear or a photo idea that steps outside the realm of the reasoned. Usually having to do with film somehow. (Brace yourself. This is a long one.)

So there I was surfing the interwebs researching some random notion that washed over my psyche with no warning and I realized that there existed an Alpha 7 before the Alpha 7. More specifically the Minolta Alpha 7. And it was gorgeous. It was a good camera also I heard.

Never knew this camera existed, but now that I did I must have one.

Now I knew that the Sony A mount was a direct descendant of the Minolta AF mount, but I had no idea that this lineage included a film Alpha 7 before the mirrorless Alpha 7. Started wanting to get my mitts on an (I believe Asian market) Alpha 7 (dubbed Maxxum and Dynax in the US and Europe respectively) because… you know… it says Alpha. But after perusing the internets those were hard to find in good nick and would cost a bit more since most would need to be shipped from Asia. So I let go of the Alpha obsession and quickly found the cleanest copy of any of the trio stateside. KEH.com to be specific. I not only write for them, but I am also a customer.

Held off on buying a lens since I remembered that my local photo haunt was filthy with copies of my favorite lens spec, the AF 50mm f/1.7. A 50mm (or equivalent where a crop is involved) fast prime (nifty-fifty) is always the first lens on my shopping list regardless of system.

This is where things went a bit sideways on me. While shuffling through the Minolta bin one of my compatriots announced, “Hey look. We have a Maxxum 7 here if you are interested.”…

Film? I asked in disbelief.

“No, a digital one. (Konica Minolta Maxxum 7D to be specific.)”

I had a look at it and it was nearly as awesome as the film variant. Then I remembered that since this must have come out right after the film one the specs must be laughable by modern standards. We joked and guessed that it had 1 MP. Nope. A whole 6. Then I looked at the thing. It had a shaky hand by an on and off switch and it dawned on me that this thing had image stabilization.

Then I started looking at it more closely and realized that this thing had the best control layout I have ever seen on a digital body. Any meaningful setting had a sensibly laid out button, switch, or dial that would manipulate it.

Confirmed that the flash card, charger, and battery came with fired it up slapped on the 50mm took a few shots, then (not being enthused with what the old screen on the back of the camera was showing us) stuck it in the compact flash card reader, and then… the laughing stopped.

What do you want for this? were my next words.

Chris gave me a price and I bought the 7D along with the 50mm lens. Not long after I came back to rescue another lens, the 70-210mm constant f/4, dubbed the beer can for its very sturdy metal construction.

Had a blast with the 7D while waiting for the film 7 to arrive. Initially thought it would amuse me until the 7 arrived and then I would sell the 7D. Nope.

Update: Well not sell them yet anyway. Eventually sold both when my attention span drifted elsewhere. It sounds crazy, but my main issue was that they were too… I don’t know… modern? Their size and weight did them no favors either. It also did not help that they are not what anyone would call “lookers”. We can pretend otherwise, but this matters when it comes to film cameras. In the end, they ran their course and I moved on to stranger, less convenient to use, and/or better-looking gear. Sounds like a joke, but that is a pretty accurate assessment actually.

Then the Maxxum 7 arrived and it was both more impressive than the pictures and even a little nicer than the 7D with a little less sheen to its surface. And that control layout that sold me initially had even more surprises in store (more on that below).

and an even more comprehensive readout on the back. That button panel on the bottom with a magnetized flap,

gives control over 35 customization menus. Oddly feel inclined to list them all, but would not be offended if you passed them by… unless you are a glutton for punishment.

Some other, slightly more interesting quick bits as I look this Maxxum 7 over.

Ok. Finally wrapping up. Below will be a gallery of images using the Minolta Maxxum 7 (Take note of the airport shots with the reach of the 70-210mm f/4 and the wonderful bokeh this set up produces with the 50mm f/1.7.), a side by side gallery, and links to ongoing galleries for both.

If you are expecting me to choose a favorite this is the wrong post. Like choosing a favorite kid. No offense kids. The sensible move? Advice? Choose a less expensive hobby than photography like burning money.

But seriously folks. These cameras, especially the Minolta Maxxum 7, performed so well and offered so many advanced features that I actually shed some familiar, more storied, more costly film gear as a result. What it was is not important, but the body alone just about paid for both of these cameras and both lenses. As long as this post is I could list even more positives, but I will let the pictures do the talking. At around $100-$200 for either body and way under $100 for each lens if you shop around I cannot think of more capable cameras. 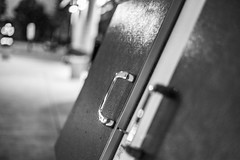 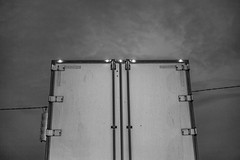 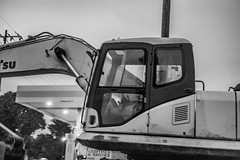 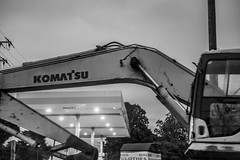