Ok Sony we get it. You mean business this time.

I have long liked Sony. On my gear churn odyssey I have passed by the RX100ii, a6000, A7, the A7ii, most recently the A7Rii (now realizing I have never written a proper review of this camera) and now the A7iii. This was not an impulse buy. When I read the spec sheet of the A7iii this is what I heard Sony say:

With that without hesitation I assembled the gear necessary to trade for an A7iii, and among the list was the A7ii, dropped it off at my favorite local camera shop and placed my order.

Kept the A7Rii for three reasons:

Bought the A7Rii at a time where for a moment I had the option of trading for an A7Riii for $800 more or get back the $500 of the new discounted A7Rii price. I chose the latter. Why? Simple. Unlike the difference between the A7ii and iii the only notable A7Rii to iii changes for me were the battery life and added memory card slot. Ok… I admit it. I also love this camera in a less than rational way. Moreso than any other digital camera before it. Team it with a good lens and it feels like the high detail digital medium format camera I have dreamed of (below photo of my friend Ricardo Nazario Colon with the FE 85mm f/1.8). {Click image to see full size on Flickr.} 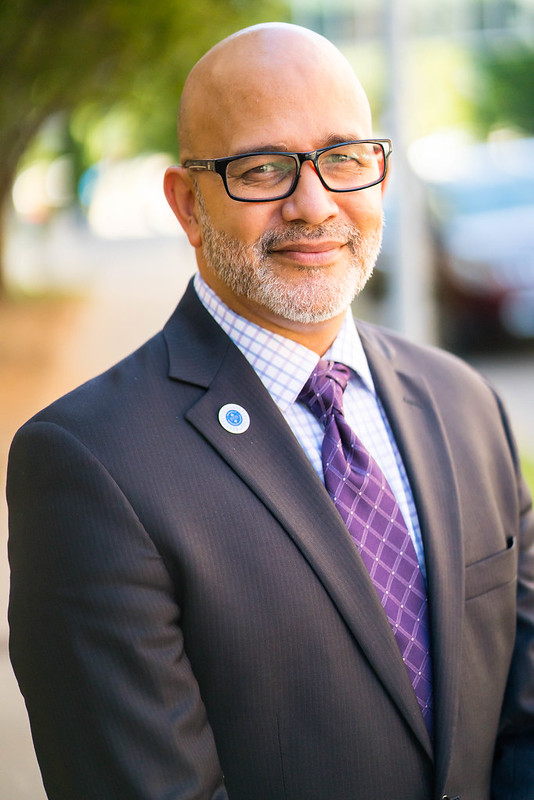 As the more ‘special purpose’ camera the R has a much lower practicality threshold to clear. But I view the mortal MP A7 series as the do it all, everyday workhorse. The more practical, the better.

Have read and watched the previews and reviews. Was prepared to like this camera, but this camera is quite astonishing. Moreso than I expected. Have purposely held off on writing too much as a self-imposed cooling off period.

There will be more posts about this camera. A lot to cover. But this will be Part 1. Expected to like the advancements I listed above. But there was one area I either did not read about or did not remember hearing.

In a Pentax K-1 review a while back I offered the following:

Some cameras I have owned felt like light capturing electronic devices roughly shaped to resemble a camera, but Pentax cameras feel like actual cameras updated to the digital age.

I was mainly referring to the Sony A7. The A7ii improved on matters enough to bring me back to Sony, but it still did not quite match the feel of DLSRs I have owned. Fuji cameras came close also. But the A7iii has taken things a step further.

What feel am I talking about? Some not easy to quantify. Some are. Gen ii on the top and the newbie on the bottom.  (All detailed comparison shots in this gallery.).

Tactile: It feels “grippy”, or “grippier”? The rubber pleather baby elephant print common to all DSLRs that was mimicked on earlier A7 models is much more convincing this time around. Feels a bit deeper and tacky, but in a good way. Subtle, but noticeable going back and forth between gen ii and gen iii cameras. 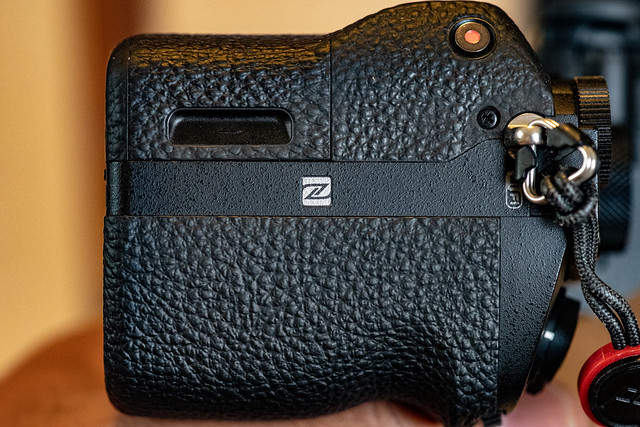 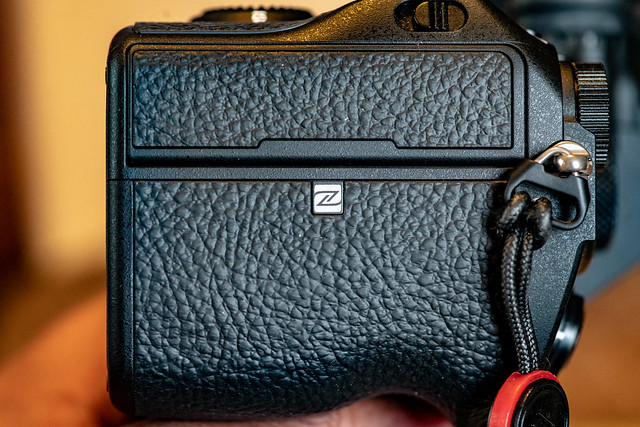 Button shape and travel: Previous buttons looked the part, but lacked depth. They were near flush and hard to find on the fly. They also felt more like old cell phone buttons than camera buttons. No more. Many are rounded, have a more tactile feel, and offer better resistance when pressed. 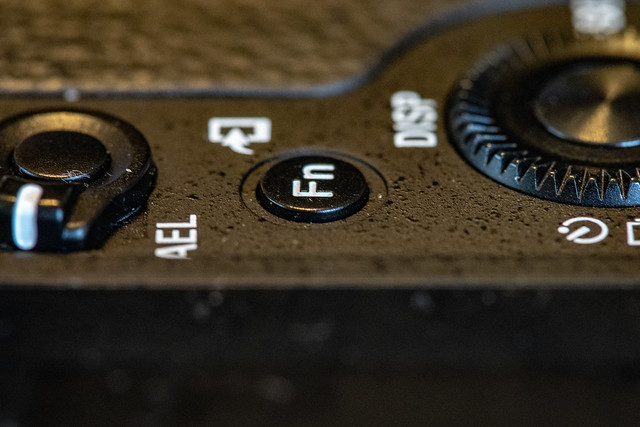 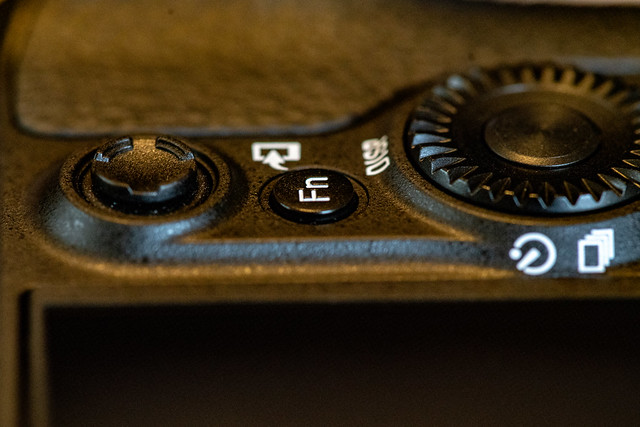 Layers: Again previous Sony generation cameras looked the part, but most every surface was flush while DSLRs I used had raised bezels and housing for controls that made them easier to find by feel and muscle memory. 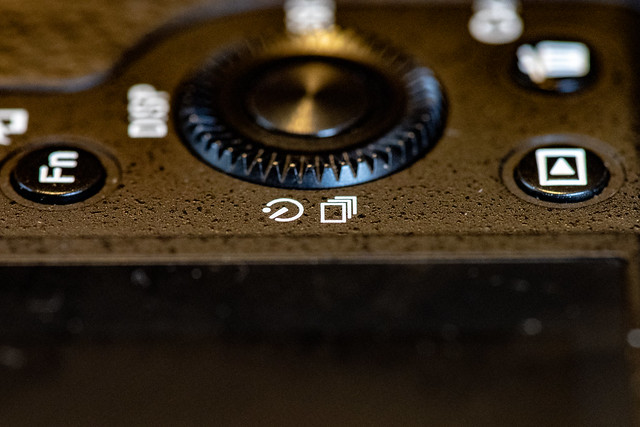 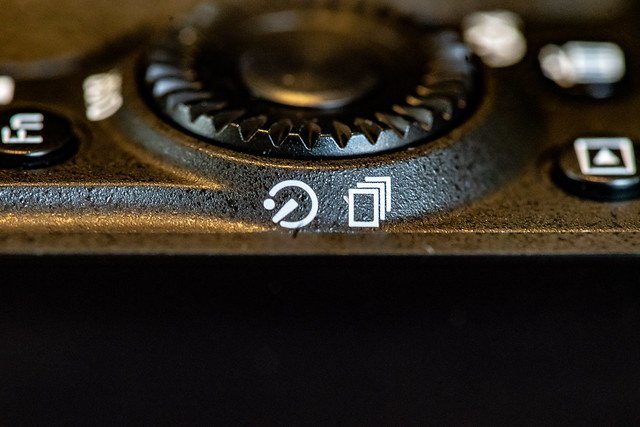 Heft: More accurately the apparent sensation of heft. When holding them side by side the gen iii body feels beefier though it does not appear to weigh significantly more. Likely a side effect of a larger width grip that houses the larger battery.

Placement: The video record button. Previously flush and located on the right shoulder of the camera it can be difficult to locate and nearly impossible to depress without shaking the camera. Now it has been moved to just right of the viewfinder and is quite easy to find and depress with a thumb while all fingers stay on the grip. Much easier and steady video activation. Also they gave AF and AEL their own buttons rather than combining them with a toggle. Again, much better for activating without removing one’s eye from the viewfinder. 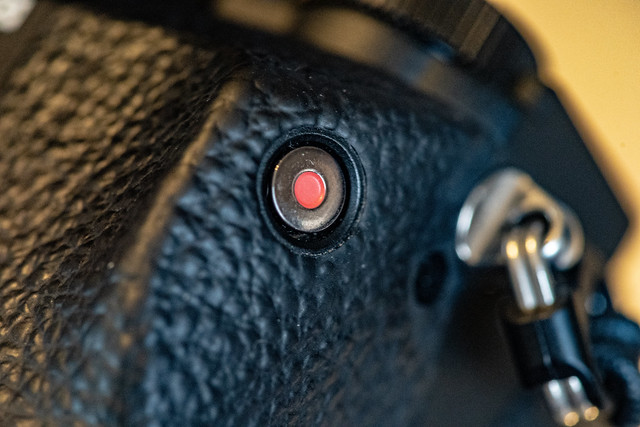 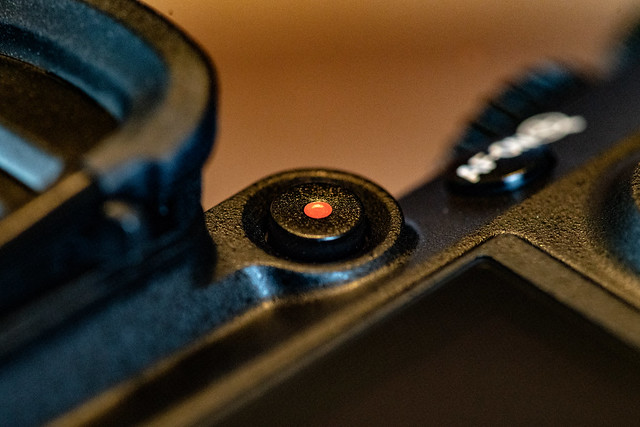 Thumbstick: Redundant for me since I am more apt to use the (much better defined) direction pad or touch screen. But as I said earlier I am glad it is there. 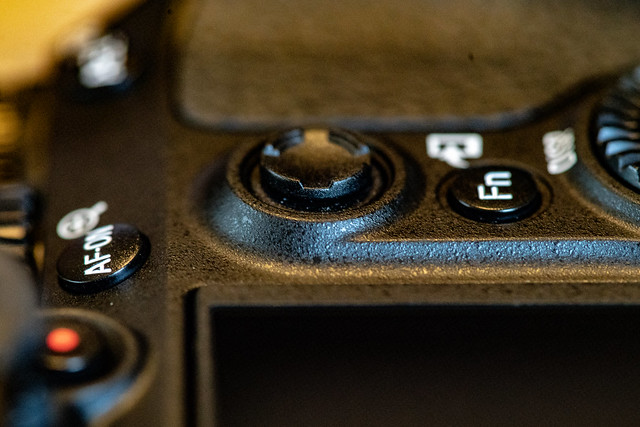 Welp. That is it for Sony A7iii: This time Sony is serious. Part 1. Feel.

What’s next? No idea. May touch upon battery life although I pretty much covered that on Instagram:

Battery life solved with a vengeance. Guess @sony wanted to make sure no one griped about that again. A day of light general shooting used to deplete most of a battery. Day 1 84% and day 2 81% left at the close of the day. Took no time to get back to 100%. The days of a pocket full of batteries are over. #sonya7iii #alphacollective @sonyalpha

If not that ISO most likely. Value? How they changed it, but kept it the same enough so as it is no bother to use back to back with gen ii cameras? Focus speed and accuracy and continuous Eye AF? IQ? How it works with adapters? Don’t know. A lot of places to go.

Nothing image related discussed here, but what the heck. Here is a link to an ongoing album and some images from week one below. 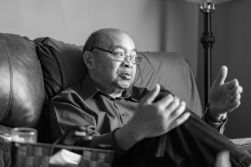