Have since added a Part 2 reskin post and a Part 3 photo update.

May regret this later, but I am calling it early. Have yet to even get through my first roll of film (Went fine. Photo samples here.), but I am calling the Contax 137 MA Quartz as my favorite SLR of all time at any price… And I have and have had quite a few SLRs. And this is one of the least expensive SLRs I have purchased. Does not matter. Why?

First off that name.

Well, not the name itself but what that name means to me. My experience with 35mm Contax cameras has set a high bar for feel, build quality and ergonomics. And this camera delivered with one caveat. The leather. From what I have read this is a common issue. Looks like Contax (Yashica) went for a grippier than usual leather wrap on its SLRs that was prone to falling to pieces, unfortunately, no matter how well treated and maintained. But this brought some unexpected advantages. Namely:

Ok. Enough about that.

Brief history. A camera made by Yashica using the Contax name under license from Zeiss.

What makes this a better SLR than any I have used? Glad you asked. While I have attachments to a few SLRs for various objective and subjective reasons the king of the hill recently has been the Nikon FE.

Note: On paper the Minolta Maxxum 7, with its amazing specs like 1/8000s shutter speed and AF, should reign supreme objectively, but in use I prefer the Nikon when some film therapy is in order.

So let’s use the FE as the bogey to compare the 137 to. For starters what I state below would be true regardless of price. The fact that the 137 costs less than half of what the FE costs just makes it that much better.

Fewer than the eight AA batteries needed for the Nikon MD-12 accessory winder.

Was tempted by the Planar f/1.4, but could not justify the extra $160+ for the .3 aperture gain. Your mileage may vary. Both get positive reviews.

Wrap up. Simple. This camera is amazing. (Link to another review that came to the same conclusion.) And to think I had never heard of it until I went in search of an RTS. For my purposes, this is the better camera. Time will tell if my optimism is rooted in reality. (Have since confirmed that this is a great camera. Here is an ongoing gallery.) 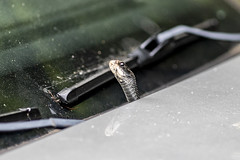 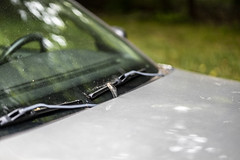 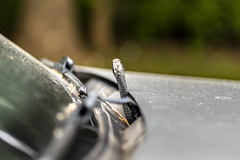 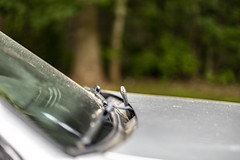