Update: Everything I say below is true, but in the interest of full disclosure due to personal preference I have moved on to the Tamron 70-180mm f/2.8.

I have an affliction I have long struggled with that I have named “The Epson Effect”. What is that?

Years ago back in the Bronx I had wanted a printer to print photos. I knew full well that Epson was the go-to photo printer brand at that time, but I backtracked each time I saw the prices. You paid a premium for this functionality. Quite a few times I figured lower-priced options from other companies surely would be “good enough”. Nope. Time and again what followed was hours of spent paper, ink, and words not suitable for polite company rarely resulting in a print that I was pleased with. I finally folded and bought an Epson printer and boom, a perfect print first time. And this was easily repeatable. All I could think about was how many dollars and hours were spent that could have paid for the printer I should have been purchasing from the start a couple of times over. That I still ended up paying for.

Since then other companies have stepped up their game, and some have gone the way of the dodo. I especially recall waging war with an Okidata printer that kept no promises put forward by the packaging and causes no wonder as to why they have not a single new printer product listed anywhere I can see. What does that have to do with the lens in question here? It is the Epson in this scenario.

Bought the very good, would do if I were a sane, rational man (but I am first a photographer) Sony 70-200mm G f/4 variant.

Bought a whole other brand/mount with an adapted native lens (Canon EOS RP and adapted pre-VR Canon 70-200mm f/2.8) for less than the precious part 2.

None really did it for me. All were good, but none were great. I wanted great.

In a vacuum, I may not have known any better, but I once tasted the forbidden (now out of business) fruit of a native mount 70-200mm ish equivalent body/lens combo and it was good. RIP Samsung NX Mount.

And I wanted that again.

How did I get here? In a gear lust over logic medium format digital “Me want!” trade fit triggered by a price cut which was ultimately foiled by chance, thank goodness saving me from myself that I may yet one day outline, I found myself sitting on quite a bit of trade equity at my local camera shop. With the original target of my gear lust beyond my reach, I sat staring at the Sony shelves and asked myself a simple question. What is the Epson lens here? What lens for the mount I already have would be a true benefit to my photography, but I have not been willing or able to buy? It was staring right at me.

Have not read one bad word printed about this lens. Years since it was introduced it is still held in high regard. I bought it a couple of months ago, but wanted to hold off on writing about it until I had some real use case scenarios under my belt. Wanted more than just a few test shots. This took some time because this is not a lens to tool around town with on a whim. Why?

Before buying, I also looked at the used market and realized that these things barely depreciate. If by chance it did not fit my needs I could have my fun with it and trade it down the road for little loss.

Having now shot with this lens at two significant events there will be no trade and I can comfortably state:

This is the best lens I have ever owned.

(Still true even though I have moved on.)

The lens speaks to both the subjective and objective. And it definitely proved itself on a recent wedding shoot.

Everything technical you want from a lens this lens has it.

My inner monologue justifies gear that has no rational reason for being in my bag by liberally employing the word “special”. Well along with the nailing the technical aspects above this lens also manages to include special in its vocabulary as well. With this lens, I could sell every single vintage lens and film camera I own regardless of format and not miss them… Much… Initially… Probably… Ok, that statement may be extreme. But the mere fact that it has me questioning my camera crew is major. What am I on about? Glad you asked.

Now combine the ability to produce objective “special” images at will quickly and silently with its subjective skill set and you have an amazing combination on your hands.

I now have no regrets about not acquiring the bit of kit that set my gear trade in motion. This is the better bit of gear by far and far more beneficial for my photography.

Here is an ongoing album. To be clear this lens is worth every penny and I highly recommend it if you have the opportunity to obtain one. 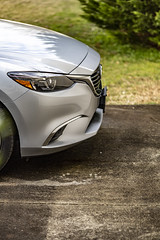 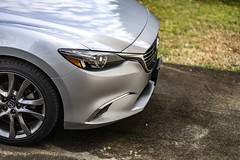 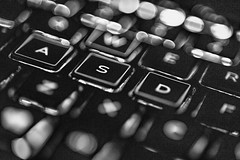