Wrote a post about the a6000 last year entitled “When good enough is exactly what I am looking for.”

If it were not for a wedding shoot trade where I was determined to have two matched bodies on hand I would likely still have it.

As time passed after the wedding I found myself looking for a great all-around APS-C body that could serve as a light and compact daily shooter and could also be used for video. Should have been another a6000, right? As I stated then, “On paper, a Sony E mount camera should be it for me since that is what is in my big boy camera time bag.” But instead, I decided to try the Fujifilm X-T 100. Why? Partly because it went on sale and its holiday price was amazing ($349 brand new at that time, $399 w/ a kit zoom).

The X-T 100 was capable of creating beautiful images and had other strong points. Very compact and had good ergonomics.

My wife encouraged me to start creating Youtube videos again and thought the X-T 100’s swing around screen would do the trick. Lack of usable 4K did not bother me since I shoot 1080p. But for my intended uses, it had a crucial flaw. AF. Did not need the best of the best AF, but…

I am not saying that this is not a good camera. It is. It just did not meet my specific needs and repeated stills capabilities I already had.

The $748 release price of the a6100 was more than I was willing to pay. But a recent sale price of $598 not only undercuts the X-T 200 by $100 it is also now only $150 more than a still on sale a6000. At that price point, and considering my X-T 100 experience I started rethinking my original issues with APS-C Sony cameras. One thing I never had a problem with on any of them, other than the original A7, was AF.

Why didn’t I use one of the A7 bodies I already have you likely did not ask, but I will answer anyway?

Below I will list my a6xxx issues with a rethink where applicable.

I’ll add another factor that led me to Fuji that I did not mention earlier. Aesthetics. Fujifilm cameras look the business. But in the end that was not good enough. Ultimately form follows function so Sony it is.

So here we go again with a crop Sony camera.

But there were pleasant surprises also.

Here is my Youtube test run. Also, my first time using Adobe Premiere Rush video editor that I was this days old when I found out it existed.

It has me actually considering selling on my A7 II. But with a full-frame sensor and IBIS it is safe for now.

Sidebar: The a6100 the best value option of the three recent a6xxx releases. For my purposes, the a6400 does not offer enough added features (weather sealing, EVF resolution, Video Eye AF) to justify the additional $300 cost. The a6600 has enough features to trigger a Gadget Acquisition Syndrome attack (a6400 features along with IBIS and larger battery) but at just above $1,000 I would likely be looking at a new or used A7 body. They did remove the flash which baffles me if I am honest. I really like built in flashes. I would think that weather sealing would be the cause, but the a6400 retains the flash along with weather sealing. But if you had to have one body and did not want or need full frame it is an excellent option.

Much better than good enough.

In conclusion, it is exactly what I was looking for in an APS-C body while expanding the use of lenses I already have. Here is an ongoing album. 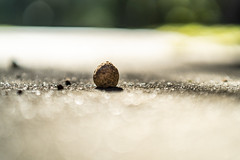 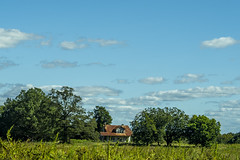 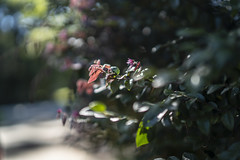 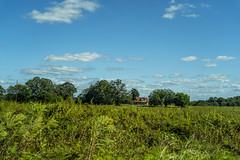