Spoiler alert. T70 originally purchased for this write up was a dud. Was returned, and I blame shelter in place and persistent internet access, but I purchased another Canon T70. A clean copy in Excellent Condition showed up at KEH (articles from when I used to write for them) so I grabbed another FD SSC 50mm f/1.4 lens and we are back in business.

Turns out the more I think about it the T70 may be one of the best SLRs I have used for my purposes.

My usual go to is Aperture Priority with the lens wide open when possible. One problem with that is that outside in bright daylight I occasionally forget to close down the aperture and will have a blown exposure here and there. This can be an issue with the relatively tame top shutter speeds offered on film cameras. Was using Program Tele on the T70 (more on that below) that leans to a more wide open aperture (Program Wide does the opposite), but Tv shutter priority has a trick up its sleeve. If you set it to the top shutter speed of 1/1000s and set the lens to auto it will either:

Net result is an apt replication of what I would do manually if memory served me well. Shooting wide open at f/1.4 and/or 1/1000s whenever possible and adjusting accordingly when necessary. If you want to set the exposure and recompose move the left top plate Lock slide switch from AVERAGE to PARTIAL (AE L) then press and either press and hold the Exposure Preview Button on the front of the camera or half press the shutter. Further if you want to lock the exposure (at 1/1000s in this case) so the widest aperture possible is always used set the dial around the Exposure Preview Button to L button surround switch to L and that will disable the top plate UP/DOWN buttons on top to keep you from accidentally changing the shutter speed. This is how I just leave the camera now as I tend to always shoot film cameras as wide as they can go.

Also the more I think about it that front exposure lock button is perfect for me. Combined with Partial (AE-L) camera mode which is center weighted, rather than the whole scene average Average mode, I can quickly expose and recompose with ease.

Other than the lack of stealth (startling birds in trees to flight loud autowind) this camera is awesome.

RIP Canon T70. A first for me. Test roll came back and turns out this particular T70 is not operational. Produced a whole lot of blank images. First time this has happened with a camera purchased from my local camera shop. What next?

It is easy to lust after the GAS film darlings of the internet. You know, the Leica Ms, Contax Ts, Hasselblads, and the like. They elicit excitement, hype, and also comment section rage fests. They crater many a bank account. They have their fans. They have their critics.

But what of the others. The unloved and/or underappreciated cameras. Often very capable, but many find faults perceived and real. One group that catches quite a bit of flack is computerized cameras, especially SLRs. Subjective assessments say soulless or even ugly with their Knightrider era looks and electronics. Objective persons will say they are irredeemable once broken.

But they often forget to mention a few things that are quite attractive to me.

One camera I have long wanted is a Canon T70. Why?

They are typically dirt cheap. So what kept me from getting one for so long?

Typically aperture priority is my favorite mode and this camera does not offer it.

I walked into my local camera shop and there a clean copy I knew had to be new sat on the floor with a zoom attached.

I had made peace with the camera not having aperture priority mode, but after reading the manual (go figure) I found out about some features that take the edge off of this omission.

Me? I am going to leave it in Program Tele most of the time, focus, hit the shutter and scare small children and animals and startle civilians with the autowind.

One possible demerit is that I hear that the battery door can fail.

I am pleased with this camera and will update on it with a scanner files post once I get a roll through it. A solid low budget SLR that I look forward to shooting with. 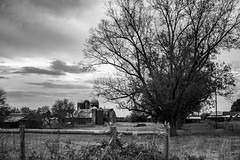 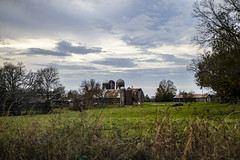 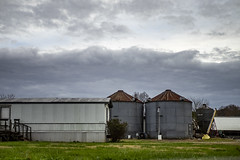 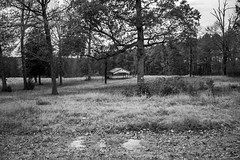