I have never reviewed a documentary, show, or movie before. Currently in the midst of a pandemic fueled binge-fest. What better time than this to start.

The Pharmacist is a story that I needed right now.

What came before it was Netflix’s Tiger King…

While it was successful in distracting me, which was appreciated, it had side effects. While entertaining in its very specific way, it was so odd as to be disorienting. Often watched slack-jawed with a finger hovering over the rewind button. Did they just say or do?… nooooo… can’t be…. <rewind> Yep. They did. That just happened. It has been said before of other media, but this is a poster child for the statement, “If you made this up it would be rejected as too far fetched or unbelievable.”.

Am I glad I watched Tiger King? Yes.

I am always interested in the stories of real people. Unless things go ‘splodey or make me laugh I always prefer nonfiction over fiction. With so much drama in the real world why on Earth would I want to be bummed by a made-up story. I mean no slight, but fiction is by definition a made-up story. The same goes for an uplifting story. Why view a made-up story when there are so many inspiring people in the real world. I prefer documentaries. Why? Movies “based on a true story” often stray quite far from reality. And I prefer my nonfiction without artistic interpretation. Before I start let me say one thing.

Someone get Dan Schneider his cape already.

I mean it is all there. He is as close to a flipping superhero as I have ever seen in real terms. Daredevil, Batman, etc. have nothing on this man. Let us walk through the archetype.

Get the man a cape. A little mask over the eyes at least.

Mr. Schneider experiences a tragedy of such a scale that many would utterly collapse. Irretrievably so. And rightly so. I wish never to even imagine experiencing the same.

He is an inspiration.

Above that, I love that this story achieves such inspiration without any sugar coating.

The story is firmly placed within our reality. Money still rules. The government, even with the best of intentions, can be hobbled by red tape. Certain persons are assumed to be good en masse simply due to credentials and titles held without question. No matter if there are wanton displays of malfeasance that lay bare in plain sight for anyone that has eyes to see.

Did he do it alone? No. Others showed themselves to be heroes as well. Stories of redemption. Stories of those still struggling to overcome past mistakes. I mean. Hello. Foggy to Matt’s Daredevil. Gordon to Bruce’s Batman.

No special powers. No spider bites. No rich inheritance. No radioactive material. Even better.

Even those with positions of authority admit that Dan Schneider was an important part of putting the pieces together. True for his initial mission and when he continued.

And he shows heart. He wears it on his sleeve and it is glorious to behold. Dang it if I did not tear up a few times. I became angry. Shock. So many emotions. A great watch.

The message? And this is an important one. One person can still make a difference.

And in this era of seemingly inescapable corruption in high offices, I cannot think of a better time for this message. 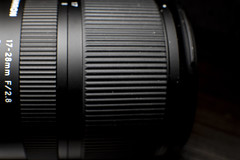 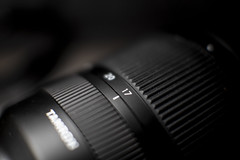 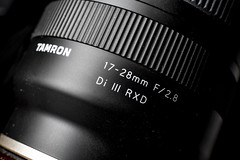 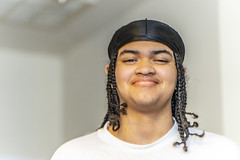