Money I did not want to spend, but to the commissioned US Sony repair shop’s credit the A7III has been refurbished successfully. Main board needed to be replaced to address being able to charge the battery but not connect to a computer. Was no longer able to upload files or do camera or lens firmware updates. As a perk through regular use and storage I had scuffed the black paint to the point of exposing a little silver on some corners and the whole body is now solid black again. If I did not know any better I would think it was a new camera. All in all the repairs were swift, within the 5-7 weekday estimate, and Precision Camera staff were pleasant and communicative throughout.

I have calmed down now. I am good. Last night? Muttered a few words not fit for polite company.

Went to update lens firmware yesterday. This is typically a very basic thing. Camera charged when it was off but would not connect when turned on. First went to the Sony support troubleshooting route which led me to retrace what I had already tried on my own and once all options were exhausted I landed on send it in. Still in denial I then went into the wilds of the interwebs. More of the same with a small dash of the expected questionable advice. No dice. Ship it out it is.

So happens that I will be dealing with the same company I have used for repairs previously. Then I remembered something.

I have gone a few rounds with Sony and overall I have owned more Sony cameras for longer than any other brand.

This is the first time I have had to send a Sony camera for repair.

Samsung – (Yes, I was the one who bought one in my state.) I sent two different cameras to the same repair shop for two different issues. Both the NX300 and NX30 needed completely new tops. NX1 was fine.

Pentax – I was as shocked as Pentax when I had to send the tank like Pentax K-1 for repairs with a hairline crack near a button. Pentax rep even stated, “No charge for the repairs. You should not have been able to crack it no matter what you did.”

Nikon – While I did not send it back part of the grip on my D3300 started coming away from the body way earlier than I would expect. Would have sent it for repairs or glued it myself, but

Olympus (twice), Panasonic, Canon, Leica, and Fujifilm (twice) all fared well but I did not own any long enough to endorse their durability.

So while I am not thrilled to come out of pocket for this I must also admit that this is a camera that I have used heavily for over two years without issue. And it is not broken broken. I could continue using it now if need be. Stills, video, even charging works fine. I pull the SD cards to download files. The only issue for me is that I cannot perform firmware updates. And it is current. Would theoretically stop me from tethering if that were something I did. I am hoping Sony has a few more firmware updates to come. If not the repair would technically be a waste of time and money. But regardless I would rather have a camera that is whole. Plus… May have done it myself. Once had the cable plugged in to charge the camera and bent it sideways in an unfortunate manner. Either way not a big deal in the grand scheme of things. Grabbed another camera to update the lenses software, sent the A7III in, and moved on.

Overall I am pleased. No one has sung Sony’s praises for durability but all in all they have served me well for years with this one exception… that I may have caused. 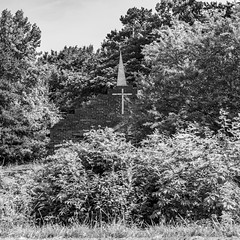