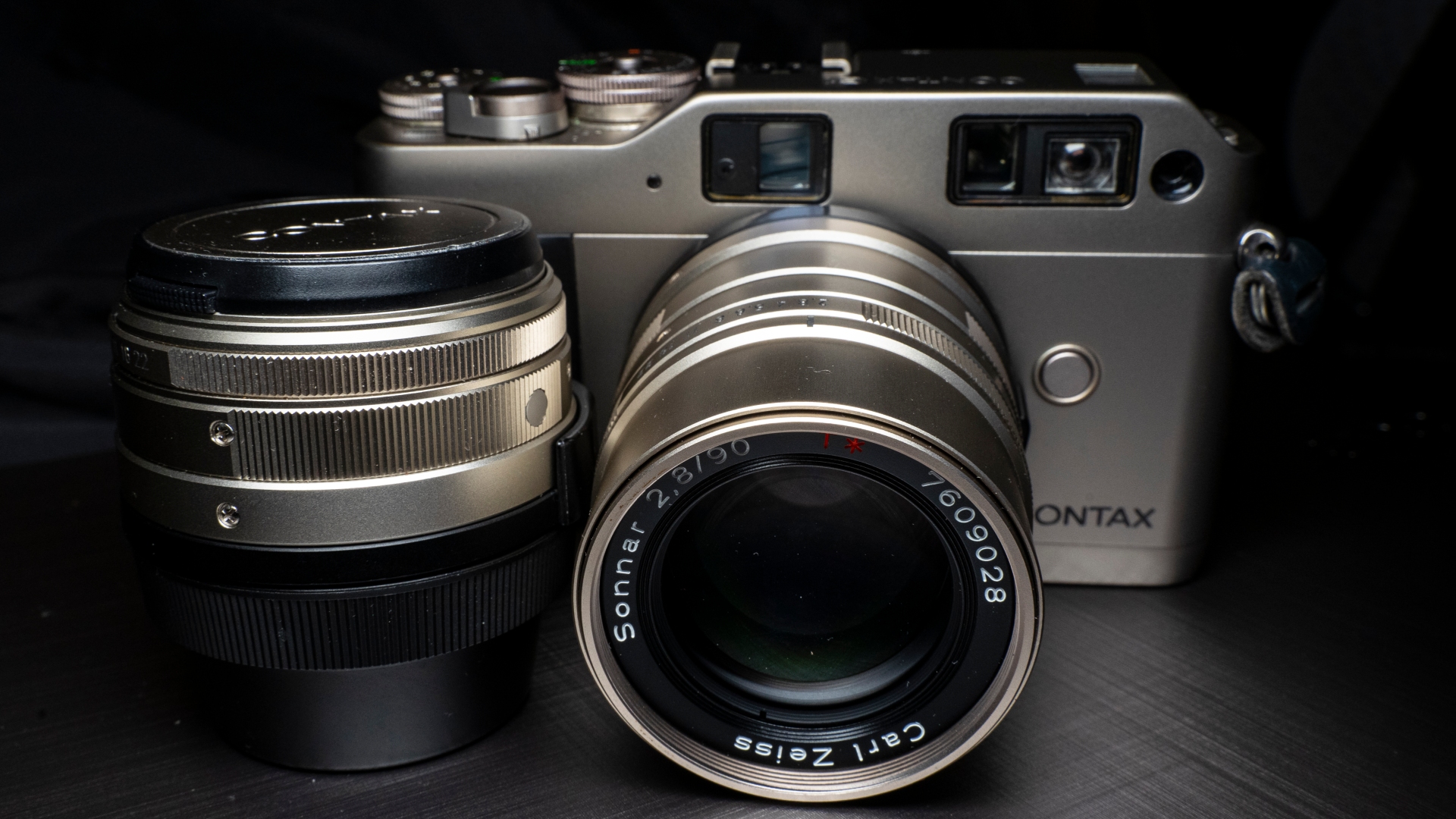 As I have mentioned in recent posts I went on a full on Contax G bender a few years ago. Even wrote about this system for KEH claiming it to be my favorite. Then I sold them all off afterward. Why? My stated reason was that I used the T2 more. Honestly no idea what I was thinking. As I should have been able to predict the T2 and the G lens system are different enough where having both makes sense for me. Upon G system re-entry the G1 or G2 question was easy. G1.

Is the G2 better? Arguably yes. There are “buts” however.

So with that I was left with the G1’s advantages for me.

When I first bought a G1 I was unsure about the system so I acquired a less than pristine copy. Knowing that this would be the only G I obtained a cleaner copy this time.

That compares the G1 vs the G2, but what is the deal? Why buy back into the G system again at all? Why did I miss it?

The corner stone of any camera system film or digital is their lens line up. I lead with saying that this system brings Zeiss glass. In case more is needed here is a post on the 28mm, 45mm, and 90mm. Stellar. I cannot think of another better set of lenses.

Rather than launch into lens purchases I decided to start slowly. First pick was relatively easy. The 28mm f/2.8.

It was the first lens I bought last time also and produced this day one then.

This was a focus and recompose test and it passed with flying colors. A fantastic lens and a solid performer. Here is a shot from a New Year’s Day Durham walk.

I waited many months before adding another lens. Second up was the least expensive (considerably less than $200) but still awesome 90mm f/2.8.

While I would not recommend this as your only G lens it does make for a no brainer second lens if you already have one of the lenses between 28mm and 45mm.

To my recollection I have never missed focus with the G1 (or G2 for that matter) regardless of the conditions. Mind the in viewfinder focus distance indicator and you are golden. It will blink to warn you that you are too close. It will also give you a rough estimate distance. While it has not missed focus on me it is a nice way to make sure that the camera is focusing on what you think it is focusing on. But in every case if that box in the middle is over the subject you are good.

Just nails it. Like focus I have never experienced a missed exposure with this camera that I can recall. In addition, as I pointed out in this Hexar AF comparison, it is TTL rather than having a sensor on the body so you do not have to be concerned with accidentally covering the sensor with your finger and you can use ND filters with ease because…

I see no point in comparing this camera to MF rangefinders. I have MF rangefinders and they are a different use case. While the G1 has AF and is not a proper focus patch rangefinder you do gain some rangefinder like advantages though:

And better than most other systems:

Titanium for Pete’s sake. I have had no other film camera better built than this camera. I personally put it in the same realm as the best and most lauded brands. This coming from someone that has owned a Leica M3. All buttons and switches have a quality feel to them. Looks are subjective, but this is also one of the best looking cameras I have owned.

Set everything to A and this is an aperture priority point and shoot. Focus your attention on the moment and framing and the camera will make you look good.

Exposure Lock: Flick the shutter surround switch from On one more click.

Focus and Recompose: Shutter half press.

Bracketing: +/-0.5 and +/-1 3 shot bracketing available via A.B.C. (Auto Bracketing Control) switch below auto exposure/exposure compensation/shutter speed dial. Takes all three shots in Continuous and one shot at a time in Single.

With this much automation if this camera’s electronics pack it in you are likely out of luck. Other than one friend’s camera that was a bum unit on purchase that was returned and replaced with another that was fine I have not heard any horror stories other than one user error drop/ruin horror story online. But even if it did fail I would either:

Given my history I am leaning towards the second bullet in that case.

While black versions are costly for either model, and G2 Titanium models can creep up on you G1 models are the most affordable Titanium built, Zeiss AF lens using system I can think of. If you steer clear of the wider 16mm f/8 glass w/ finder the lenses are reasonably priced as well, especially the 28mm and 90mm. The 21mm w/ finder (G1 requires green label mod to use. I have yet to come across a G1 on the market that has not had this mod. The finder was the deal breaker though so I went for the lower priced non accessory viewfinder 28mm instead.), 35mm, and 45mm are excellent also, and worth every penny, but will set you back a bit more. Flashes are reasonable also all things considered and come in two sizes/strengths. I understand it shares the TTL system with the Contax SLRs so I bought an SLT Contax flash instead for all of $30. I say “understand” because I have never tried it out. I rarely ever shoot film with flash and opt for sky high T-MAX P3200 or Delta 3200, use constant lights, or brace myself and wing it if I intend to shoot in the dark. Personal preference. Still it is nice to have a flash if I ever needed one.

Great camera. Oddly took me selling it to realize that it is one of my all time favorites.