For starters I will lift the opening from a recent post on the Olympus OMD E-M5. If you have read that post already (Thank you.) you can skip down to where the sample photos begin.

Obvious statement ahead. Gear can be really expensive. I have bought used vehicles that cost less than some recent camera and lens releases. This latest round of camera releases has gotten me to thinking. Below is a recap of an earlier Revisiting post since this involves the camera in question.

Are the new releases better? Objectively yes. Higher MP. Higher video resolution. Better in low light. Faster fps with less or no noticeable viewfinder blackout. So on and so forth.

Are they worth it? Subjectively yes. If your use case demands or would be greatly benefited by these top tier bleeding edge devices then yes. These high specs may scratch a long struggled with technical itch for some. May. To true videographers these cameras are a blessing that could save them from purchasing even more expensive gear.

Are they needed? Want is a valid justification. We are all grown. Have at it. But if the use cases alluded to above do not apply to you then no, they are not needed.

I personally do not need these cameras. It may be the dooms day circumstances unfolding around me talking but I cannot say that I want them either. The cameras I have more than meet my needs as is likely the case with many others. I recently wrote a post about what gear I would start with if building a kit from scratch. But this raised a question for me. Do I really even need this kit that I have? What if I went even lower? Far lower price and spec wise in fact.

This matches up with current times because who would want to think about spending thousands in these uncertain times. The ask. Could I build a viable kit in the hundreds instead of thousands?

What if I started from scratch with an eye towards the absolute minimum spend. Ground rules:

In the E-M5 post I decided to go for the absolute least expensive camera body that I could see myself using. That went so well I thought “What if I went a lot nicer for a little more spend? Before that I will first do another walk down MFT memory lane. While I could have just copied the samples from the earlier post I decided instead to show a different set of examples.

My first ever digital interchangeable lens camera was the E-PL5. As I have written and referenced before that camera was great. Especially at that price point. I stand by my February 2013 post title “Olympus E-PL5: 90% OM-D goodness for half the price“. While I have owned more capable cameras since that camera served me very well.

Next up I traded to the even better E-P5. I had convinced myself since people were asking me to take their photos “for real now” I needed an upgrade. Truth be told I could accomplished the same with the E-PL5. Admittedly it bolstered my confidence a bit which is a thing. Basically the same but even better, with many OMD features added but still no built in EVF, and it also served me well.

Then I left Olympus. Why?

…a review of my memory banks reveals that this was not entirely true.

What I really wanted back then was an in camera viewfinder. More specifically an Olympus OMD E-M5. Back then that camera cost $1,000. My whole reason for buying a D3300 at that time was that an OVF equipped D3300 with lens kit cost significantly less than a $1,000 OMD E-M5. (A used D3300 now costs more than an E-M5 or E-M1. Great camera, but I would much rather have either E-M.) Only after getting the D3300 did I notice the sensor light gathering difference. If I had bought an E-M5 instead I would have likely stayed with Olympus much longer or possibly would not have left. I still like MFT. My wife has an EP mini kit that she loves for its small size and light weight (her camera purchase brief) and I have gone back to MFT with the G7 and PEN-F for brief stints.

Though contrast only AF it works perfectly for stills. Very fast and accurate. While not ideal it works fine enough for a quick video grab. And it has a better touch screen implementation than the A7III. For $132 bargain grade.

But there was another camera at that time that was even more fiscally out of reach. The $1,399 at release Olympus OMD E-M1.

To KEH! And an Excellent grade copy was all of… That can’t be right. <Checks again.> Yep.

Purchased immediately. A similarly priced GX7 disappeared before I could check out while I paused to ponder one time and I was not going to let that happen again. While a great deal the E-M1 was my favorite.

Some may focus on this being a MFT sensor in a full frame obsessed world but that is selling this camera short. I have shot with 1″, MFT, APS-C, and Full Frame cameras and the only real MFT shortcoming is less great low light performance. But that alone is not enough to deter me.

The OM-1 was once seen as a benchmark (Received DPReview’s Gold Award like recent cameras like the X-T4 and A7III.), even aspirational (was for me) camera back then. Here is an outtake from the DPReview E-M1 review conclusion linked above that also mentions the E-M5:

“The first OM-D model – the E-M5 – was a breakthrough camera, both for Olympus and, arguably, for the industry too. The combination of the best Four Thirds sensor yet in a well worked-out, twin control dial body led us to call it one of the most capable mirrorless cameras we’d then seen. Our end-of-year poll suggested a fair proportion of our readers agreed, with it claiming the title: ‘Readers’ Camera of the Year.’

This makes life rather harder for the E-M1 – not only does it have to match the E-M5, it aims to surpass it, sitting further up the camera pyramid. On top of that, Olympus has positioned the E-M1 as the successor to its line of semi-pro DSLRs. Despite this tall order, it didn’t fail to impress in the weeks we’ve been using it.“

Have actual needs advanced so much or have marketing departments simply pushed the spec sheets ever upward to convince us to continually empty our pockets year after year?

I am starting to think the latter.

I currently see no reason to upgrade from the three year old A7III. Sony messed up. They made the perfect camera for me. Instead of “upgrading” that which needs no upgrade I hold that camera in such high regard that I am instead looking for low cost everyday, small size, low cost, lighter weight solutions. Let me get the E-M1 downsides (two) for me out of the way.

The E-M1 has quite a few gains over its very good predecessor, the E-M5. Here are the specs for this camera that costs less than a couple of high end SD Cards. using my beloved A7III as a baseline.

The A7III definitely has advantages. As well as it should for being years newer and far, far more expensive (Nearly $2,000 as compared to less than $300.). Most of the advantages are ancillary or video related and have little impact on stills shooting other than the aforementioned greater resolution and better low light performance. Camera decision has an A7III advantage run down.

OMD E-M1 advantages (Yes, there are some.)

Sidebar: That last bullet hits upon my main focus when new releases come out. When a brand releases a new, high end product my attention turns to the used market in hopes of catching those cameras being traded by those who must have the latest and greatest. I am looking at you Sony A7RIII that I need like a hole in the head. RIV’s did not pry you loose from your owner’s in significant number but perhaps the SIII will do the trick. Similarly while intrigued by the upcoming rumored A7c I have little interest in it at release time, but it will likely be on my future used market watch list for when it’s inevitable successor is announced down the road. If neither pan out I am still doing just fine as is.

Just received it but between my Olympus experiences in the past and my quick testing with this camera specifically I am calling it. This camera is a winner. Samples below and further updates will be added to this gallery. 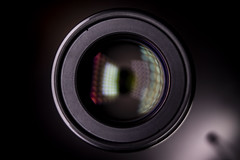 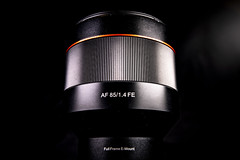 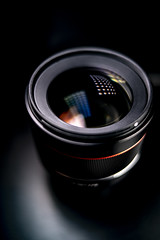 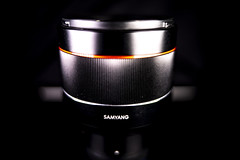