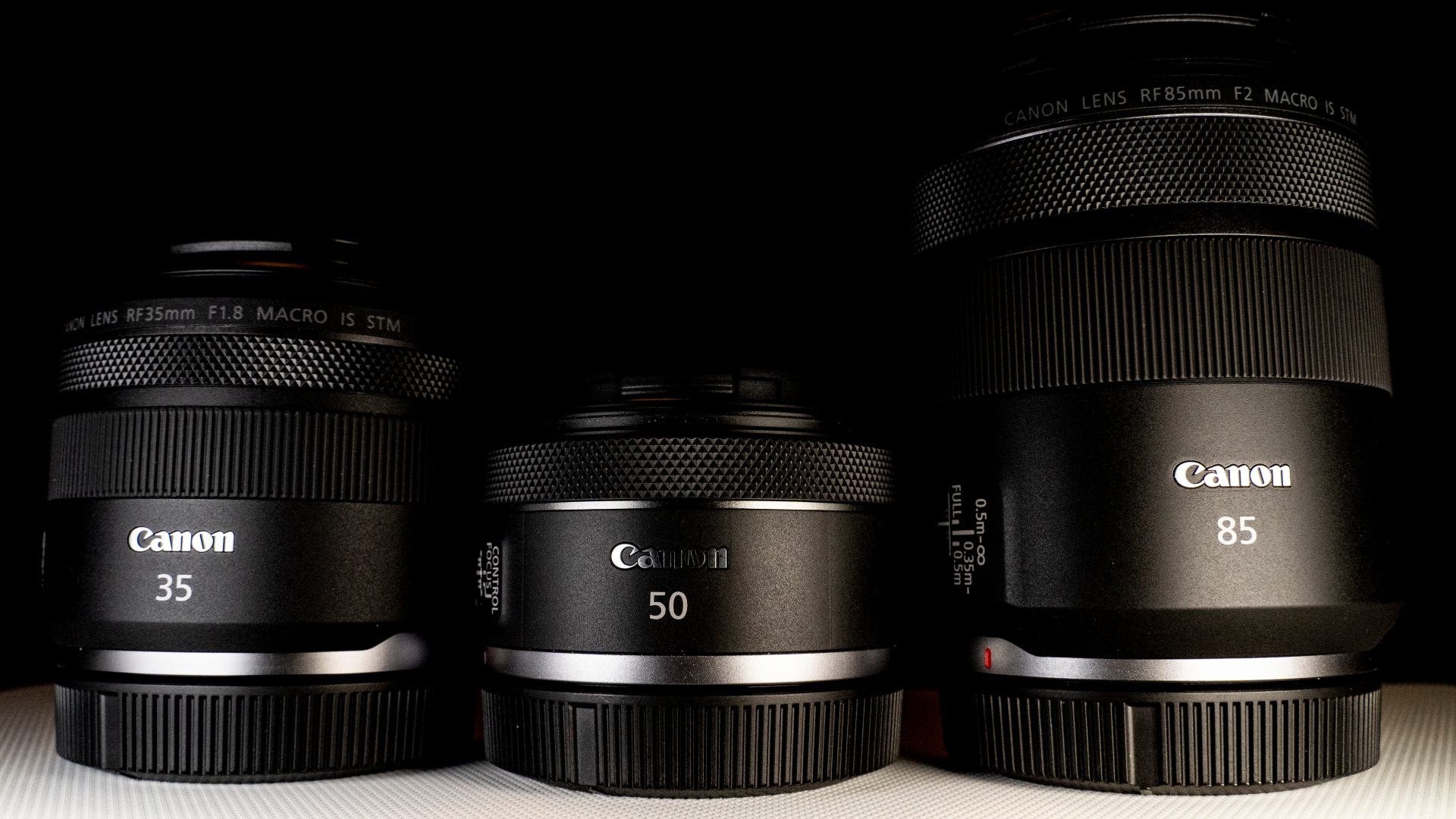 This is quite the ramble-fest mission distraction post. You have been warned.

I recently wrote a post about the outcome of a complete rethink of how I purchased cars for years. By the pound or by the HP or cylinder count. The bigger the better. The more the better. After always seeking top tier engine options first, like V8 or at a minimum V6, for the first time I looked at what I needed rather than what I wanted and chose a car predominantly driven by more practical factors. Fuel economy and budget. I then ended up buying a vehicle with fantastic gas mileage at about half my initial used car budgeted amount. Much less than a brand new economy car on a lightly used nice midsized vehicle.

But I was surprised by the outcome. I was not surprised that the car was nice and had great features. That is what was expected based on the reviews.

I was surprised by what I did not miss.

On paper there was a massive gap between this vehicle’s HP and the last, but in real world circumstances this proved to be a complete non-issue.

It performs just fine. When I plopped myself in the drivers seat I enjoyed the car much more. I also really enjoy real world improvements like fewer stops by the pump.

A side effect I should have expected from less mass over the front axels of a front wheel drive properly tuned suspension but surprised me anyway was how much more nimble this car was. I have not had this much fun driving since… my first small nimble cars so many years ago.

It left me wondering what I was on about for these many years.

I could go on but I will stop here. End result:

What does this have to do with cameras?

Well I have recently gone through a similar experience with camera gear.

Started innocently enough. Bought an EOS RP when Canon released the 50mm f/1.8 STM. Thought it would be a everyday compliment to the faster 50mm prime I already had for my “serious” kit. Once had and really enjoyed a Canon 35mm STM f/1.8 Macro when it came out but I had a 35mm prime already, for that same “serious” kit, and thought it would end at that.

But as odd as this sounds the lens that I needed the least ended up changing everything. The Canon RF 85mm f/2 Macro IS STM.

Was offered up to me to test and I thought I was safe from temptation. Not because I thought it was a bad lens. Just because I had portrait lenses covered already. As mentioned in this post two lenses I already had came to mind.

Thought this lens was superior solely based on its f/1.4 aperture and its superior light gathering and subject isolation. Being a Canon I figured it would match or surpass this lens otherwise.

Thought this lens was superior solely based on its true 1:1 reproduction ratio as opposed to the Canon’s 1:2 ratio. As before being a Canon and also a modern lens I figured it would match or surpass this lens otherwise.

That was the initial thought process anyway. On paper. I was wrong.

In practice the Canon’s f/2 did just fine. Provided plenty of subject isolation. Slower shutter speeds, higher ISOs, and IS did well to offset the dimmer aperture. A functional wash for me. Further the slightly smaller, but better balanced lens design that was less front heavy…

…was a plus as was the Macro capabilities.

The difference between 1:1 and 1:2 was not a big difference in practice for me. WR is nice, but it is not a deciding factor for a lens in isolation. The Canon easily matches and perhaps surpasses the Pentax’s IQ and absolutely murders the Pentax in every other practical feature category. Was surprised at first, but after some thought I should not have been given the Pentax’s vintage.

And there was another advantage. For me, as a great portrait lens and a great Macro lens, the Canon could easily replace the other two.

Personal preference, but I like sets. And I already had an f/1.4 trio of Rokinon/Samyang primes. Moving away from the Rokinon/Samyang 85mm f/1.4 would require breaking up the band in my universe. My everyday prime kit would also need to become my “serious” prime kit when needed. This was a considerable shift from the STM 50mm as a compliment and not what I had originally intended. But perhaps this is not as outrageous of a decision as I first thought it would be.

While not the largest fast primes available, the f/1.4 lenses I have had are just large and heavy enough that they rarely see the light of day. This flies in the face in one of the promoted advantages of mirrorless cameras. Smaller size and weight. In the ever escalating mirrorless lens aperture wars this goal seems to have been lost along the way.

Canon has also played a part in significantly escalating the mirrorless lens larger aperture conflict with lenses like the excellent performing RF 50mm f/1.2L USM, RF 85mm f/1.2L USM DS, and bag of primes RF 28-70mm f/2L USM. They are not alone in this. All of the full frame mirrorless players have released fast, expensive, and heavy glass. The difference seems to be how they approach more affordable f/1.8 and f/2 prime glass. With little exception Sony, Nikon, and L Mount Alliance (Leica, Sigma, and Panasonic) also charge quite a bit for their “second tier”, for lack of a better phrase, lenses that are often not all that small or light. Little or no smaller and sometimes larger than DSLR equivalents. Canon seems to have taken a different path. While releasing lower priced options later than most their 35mm, 50mm, and 85mm f/1.8 and f/2 lenses take value and size into consideration while also offering features others do not like Macro and IS.

But the only lens comparisons that matter for me specifically are with the f/1.4 primes I already have from Rokinon/Samyang.

A more compact, lighter prime kit would really be nice. Are there benefits to shooting f/1.4 glass? Yes. Low light for sure. But most modern mirrorless cameras handle higher ISOs well. So not enough of an advantage for me to offset the size and weight that have kept me from shooting much with them at all. Like my vehicular HP and cylinder count obsession I have pursued larger apertures for years. So a major shift in my thinking and priorities would be required. But the more I thought about it the more sense it made. As much sense as such an ultimately pointless exercise could make anyway. Sure you could get on well with the also reasonably priced Rokinon/Samyang 35mm/45mm/75mm f/1.8 trio of lenses but I still prefer the Canon options over those.

I already outlined the outcome of the 85mm comparison. Now onto the 50mm and 35mm.

I really like the Rokinon/Samyang 50mm f/1.4 but I must admit it did not fare well in a direct comparison.

I really like the Rokinon/Samyang 35mm f/1.4 but I must admit it did not fare well in a direct comparison.

Now back to the earlier question.

What did my vehicular preamble have to do with cameras or lenses more specifically?

Similar to my conclusion about cars.

Time to rip off the band-aid. I made my way down to my local camera shop and the trade was on. The reasonable prices of the Canon made for a painless swap.

A few days have passed now. I admit I was a little bit nervous. After the new lens smell wore off would I change my mind? Short answer is no. The recently purchased 50mm and recently tested 85mm continue to impress and the repurchased 35mm is every bit as I remember the first go around. Combine them with the compact Canon EOS RP (A camera I compared to a more storied brand without hesitation.) and you have a lightweight and compact three prime full frame kit that could fulfill most of my photography needs.

This is the portable full frame prime lens solution I have been looking for. It has already proved beneficial. The size and handling are reminiscent of my favorite film cameras. The small Nikon FG, 28mm Series E, 50mm Series E, and 100mm Series E come to mind. Small, competent and capable of creating phenomenal images. Sony, Nikon, and Canon all have reasonably sized full frame mirrorless cameras on the market and all make great lenses. With the f/2.8 Tamron trio Sony has the zoom game on lock down until Tamron sees fit to expand to other mounts. But Canon has the prime choices I prefer. Next up is getting my hands on a Godox flash and trigger and I will report back on that. While not easy to quantify I can tell you that I have been having a lot of fun with this set up. I can see no reason to spend more on a prime stills kit and it manages a decent job for video in a pinch also.

Most importantly I had fun. Always appreciated but even more so now. Here are some samples from the last few days.

7 Replies to “So… those Canon RF STM prime lenses. You see what happened was…”