In the interest of full disclosure I do not still have all of these cameras. Some have left via trade or gift so half this with only one digital body remaining. As I have pointed out in earlier blog posts my Pentax allegiance is both sentimental and practical in nature.

While neither are pictured above I have had both the K-3 and K-3 II.

Great cameras. So I was actually very intrigued when the Pentax K-3 III was announced. I was not expecting a mirrorless camera. Pentax themselves already stated that they would be sticking with DSLRs and for them that actually makes sense. Let us not forget that Pentax has already technically taken the most literal approach to mirrorless ever with the K-01. Not to be confused with the K-1 that came later the K-01 was an APS-C, K mount camera that came out in 2012 or so where they gave it a funky design and literally just removed the mirror… and did not provide an EVF to replace the OVF. (I do realize there was also the smaller sensor mirrorless Q series, but that was not long lived and would be of no help in today’s market with it’s 5.6x crop factor.) Having the same flange distance as their DSLRs it was not able to capitalize on the one early touted mirrorless advantage. Smaller size. It did not go well and I am glad that Pentax decided to move ahead with another DSLR rather than go the K-01 route. And trying to play full frame mirrorless catch up at this point would seem to be a futile cash burning exercise doomed to failure. Shy of possibly joining the L Mount alliance I do not see how that could work out for them. Pentax usually does not play well with others…

Sidebar: Wait, wait, wait. What if Pentax released an L Mount full frame mirrorless body that kept all of its Pentax-iness design and build wise with a fully or partially articulating screen and all of the K-3 III stills and video AF mods while also providing a Pentax K to L mount AF adapter with screw drive so you could continue using all of the existing K mount full frame glass? Reuse the K-1’s wonderful 36MP sensor while we were at it. Throw in some odd 82.3mm or 49.7mm focal length Pentax branded L mount lenses while we are at it. In such an alternate universe where such a thing would exist that would be a “Shut up and take my money!” camera for me if priced right. I am thinking around $1,700 for a body and adapter kit. All of the parts and tech are already there. Just Frankenstien this thing into existence. Thus concludes this installment of my imaginary gear fever dream series.

Anyhoo. Back to the task at hand.

I will start with what I like followed by things I am not as crazy about and lastly my personal issue with it.

The cameras I alluded to in the first minuses bullet about articulating screens exist.

Then there is the Pentax big kahuna.

Similar to Sony with their A7III and Canon with the EOS RP the biggest competition for their latest models comes from perfectly serviceable earlier cameras already on the market. The same would apply if they came out with a similarly updated K-1 III. That being said I still do really like the K-3 III.

Have a mess of K Mount lenses already? Want a new APS-C Pentax? Want to shoot 4K video without ditching your gear (assuming you have a newer lens like the 18-135mm that supports constant AF in video)? Still like DSLRs? Here you go. 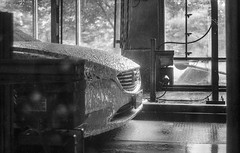 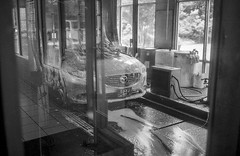 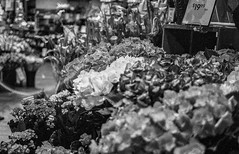 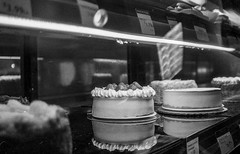