Camera blogging really helped me through the madness of the last year or so. Long winded write ups with samples might also help someone avoid my buy/sell/trade jamboree, cut to the chase, and choose the best lens for themselves up front. It could happen.

Lens trios have been my thing. I am not interested in mix and match collections. Different brands or even different specs and design languages with the same maker are not for me. I love the Sony FE 85m f/1.8, but it is far superior to similarly styled FE 50mm f/1.8 that I tried a few times, but did not interest me in the end. Briefly had a used copy of the 28mm f/2 but again it did not feel the same and while performing better than the 50mm FE it did not live up to the 85mm so it went back. Sony zooms are great, and I was enamored with the G Master 70-200mm f/2.8. But in the end price, weight, and size kept me from completing that trio. I instead pivoted to the Tamron trio listed below. Some makers came through and I gave them a try. Some stayed, but most have been traded on for one reason or another. In no particular order there was the…

Over in the zoom lane there was the Tamron f/2.8 trio that have found a permanent home.

While I did have a proper Rokinon/Samyang f/1.4 trio when I got a hold of the 35mm again, the trio post that went up before then was with the 24mm f/2.8. Good value to performance, but due to size and weight this did not last long. All three f/1.4 lenses in bag created quite the load and the f/1.4 lenses were not the most balanced of solutions on the A7c.

I visited and had a great time in Canon land for a while.

The main benefit of my Canon bender was curing me of my faster is better aperture obsession and confirming that f/1.8 (or thereabouts like f/2) was a perfect performance/size/value recipe for me.

The Rokinon/Samyang AF 18mm f/2.8 FE performed well and hung in there for a minute before a relatively compact zoom that could cover this focal length and aperture came on the scene.

Rokinon/Samyang 35mm f/2.8 FE. Between this and the 24mm f/2.8 there could be only one and this one lost out by the slimmest of margins.

So that covers the lenses I have owned. Next up are the prime lenses from a few brands in Sony mount that I decided against.

Why not? Sure, I want it. But if I am honest with myself I would not shoot with this lens enough to justify the purchase. Every once in a while reason and good sense prevails. Not often though.

I really like their FE f/2.8 zooms. Nice lenses, but I find their 20mm-35mm prime lens focal length spread (20mm/24mm/35mm) a bit narrow and there are no normal or portrait options. Add in the f/2.8 aperture and they are not the primes for me.

Excellent lenses with a great focal length spread, but a higher price point than I would like when considering the modest aperture specs. A no for me.

Nice, but not for me. Like the Tamron primes there is no portrait option. Like Sigma the price is a bit dear for such modest aperture specs.

That last one was part of what changed things for me. While I was messing around with Canon I was actualy killing time hoping Sony would come out with a set of primes that followed in the spirit of their excellent FE 85mm f/1.8. First off replace the existing 50mm f/1.8 with an improved version II. Something under the very nice, but too dear for me Sony Zeiss 50mm f/1.4 and Sony Zeiss 55mm f/1.8. Give it the better build, AF, focus hold button, AF/MF switch, and weather sealing of the 85mm and I would be in. Then follow that up with a couple of similarly sized and spec’d wide f/1.8 primes and that would do it. Game over. Back to Sony brand primes for me. But when the new Sony prime lenses above were released it became clear that the FE 85mm was not going to get any siblings. Sony and I are not on the same prime lens page.

I had considered the Rokinon 35mm/45mm/75mm f/1.8 lenses before, but decided to give the Canon STM lenses a try instead. Mainly because I really wanted to try that new RF 50mm f/1.8 STM. While happy with the Canon set up I did wish there was a wider f/1.8 STM option than 35mm. A professional Canon RF shooter whose opinion I respect then made a solid point. If Canon did ever release a 24mm or 28mm f/1.8 option it would not likely be priced or sized like the 35mm, 50mm, and 85mm options… This is very likely true I realized. I would have also liked some weather sealed options like Rokinon/Samyang added with its wider options. I also preferred shooting with the A7c over the EOS RP. A fine camera in isolation but being regularly compared to a newer camera, or even the older over performing A7III, did it no favors. But you cannot have everything I thought so I made my peace with the compromise for a time.

…and had me realizing that I was looking at the wrong brands for a solution. With my f/1.4 obsession dealt with by my Canon experience I realized that Rokinon/Samyang now had me covered.

But this time instead of a trio a quartet was in order.

I have already written posts on these four lenses and provided the links above.

Sidebar: Recently came to an odd realization. While I am enamored with Sony’s cameras I do not currently own a single Sony lens. That is a testament to the strength of the Sony FE third party lens options more than a ding on Sony’s lenses. There is no other mirrorless full frame mount that this would be possible with currently. Again, Sony lenses are excellent, but I have found excellent options at a smaller size, weight, and cost elsewhere that better fit my needs and preferences. For example I am thoroughly impressed with and glad Sony released their FE 50mm f/1.2 G Master. A stellar accomplishment. But I do not need an f/1.2 prime lens. For my purposes I do not need f/1.4. Knowing that I can pick up all four of the current Rokinon/Samyang f/1.8 FE primes for more than $500 less combined. One could opt out of the 35mm for a lens trio and save even more if they saw fit. The Rokinon/Samyang path is a better fit for me. Your mileage may vary.

There is one other Rokinon/Samyang lens not pictured above that I have bought and actually kept throughout most of my gear churn. Teamed with an A7 camera it makes for a size and weight interchangeable lens full frame experience not replicated elsewhere as far as I can tell. This makes for a different enough use case from the f/1.8 to make it a compliment rather than a conflicting choice. Plus 1) I already have it and 2) it is worth more to me than what anyone would give me for it so it stays put. Even with its humble spec and even lower price the other bullets listed above apply here also.

The only Rokinon/Samyang 24mm f/2.8 down side for me is that it is so small that I have actually lost track of it more times than I would like to admit after tucking it in a bag or jacket pocket. I lost this lens in a small, forgotten pocket of my lens bag for weeks once. But that is more telling of my failing memory than any fault of the lens.

Sidebar: I griped about the firmware update puck back when it was more expensive, but whether you bundle it or buy it outright it is worth every penny at $50. Sure I wish they let you do the updates through the body like Sony, Sigma, or Tamron lenses. But given the reasonable lens prices and the frequency and legitimate improvements of their firmware it is well worth it. If you are so inclined the software the dock software also allows you to to fine tune different aspects of the lens, including the mode switch functions. Also a plus is that pucks, software, and firmware are compatible across both brands. This proved handy recently since Rokinon had not updated their Rokinon 50mm f/1.4 firmware page, but I was able to use the newer firmware version found on the Samyang page without issue.

All that being said some may prefer the previous lenses I had based on their own feature and/or brand options and that is fine. There are no bad choices including brands I did not even touch upon. But here is to hoping the buy/sell/trade jamboree I put myself through with long winded write ups and samples might help someone else cut to the chase and choose the best lens for themselves up front.

So I am back under one camera mount currently… mostly… if you do not look to hard for others laying about… down one mount anyway… and ignore film. Film is hopeless. Anyhoo… 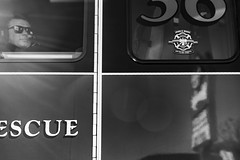 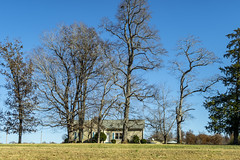 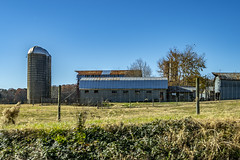 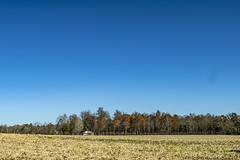