Sometimes mind boggling competence still leaves you wanting for something.

I go on quite a bit about the A7c. Have written more posts about it than any other camera by a good margin. In second place is probably my old faithful A7III.

Why? They are quite competent at very many things.

These cameras have succeeded at every task thrown at them by me. Exceedingly so. The only shortcomings one could cite for either were more quibbles or preferences rather than outright failings and did nothing to negatively impact these cameras in actual use.

So all is well. Image capturing nirvana. A one two punch. Close the book. We are done here.

Something was missing. Sometimes competency is not enough.

Contrary to my own stated pursuits of a small, capable do it all camera system there are other image capturing traits I prize. And these are traits that have traditionally come from medium format film cameras.

But there is a problem with the “easy fix” of buying a digital medium format camera.

While not Leica M expensive (as crazy as that may sound) these things are still quite expensive starting at around $4,500.

As laid out in a prior post this led me back to an old friend that proved to be a cure all for Leica M and medium format digital for me personally.

And it hits all four bullets listed above.

My goal was to get close enough. Close enough to scratch the premium full frame and medium format itch. I expected no more and the Pentax K-1 delivered at that level. I gathered the old lens band back together again from my old KEH post on my favorite Pentax lenses.

Then I fell down a rabbit hole. A rather fantastic, refreshingly affordable used SLR Pentax AF lens rabbit hole though. Affordable being key. You can easily spend more on a high end SD card than any of these lenses used.

These two lenses got me to thinking, which usually ends up costing me money. Both of these lenses performed better than their size, vintage, and price would indicate. Both also made a more pleasing aesthetic compliment to the K-1 than the 50mm f/1.7. The 50mm f/1.7 was a used lens picked up for peanuts but for a reason. It did work. But it was also a bit rough around the edges with a cracked distance scale screen and slightly crunchy AF noises. The film era gray with orange lettering matched up fine with the era correct SF10 it now lives on, but it was not as nice a look as the newer lenses.

The newer era glass gave the whole affair a classier look I thought. Evidently I was not alone. This pic on Flickr…

I can see it. If not a doppelganger for a 67 it lands in the general vicinity looks wise. I have run a roll through a 67 (Did not buy the copy tested since it had a bit of an issue and I was already covered medium format film wise.) before and I would say it shares a certain measure of similar weight-iness as well as looks. It does not hurt that the K-1 has the best feeling grip of any camera I have owned. What to do?

First off when mounted it hits the aesthetic bit right on the nose.

A touch more of a gaping maw front element in all black is a good look.

So what about actual photo taking? I had my concerns… or concern. This lens has received a consistent ding across reviews.

Review after review, even though most settled on a positive rating by the end, cited this as a flaw with this lens. Having to stop it down to f/2 was the common response. This is the main reason even above cost why I had not looked at this lens seriously before. Why? More often than not I shoot lenses as wide as they will go in aperture priority mode, adjust max Auto ISO to my liking and go. When need arises for greater depth of field I will adjust but I shoot wide open the majority of the time. And the f/1.7 had no such issues as far as I could tell. Why pay more for a lens if I have to stop it down to a smaller aperture than the less expensive option?

But this has not been my experience so far. I decided to shoot this lens like I would any other to see how bad it would actually be. While not being pin sharp perhaps, not many tiny large aperture primes are, so far I have seen nothing that would stop me from shooting this lens as I would any other. Wide open. Below is a quick test I did at three distances at f/1.4.

This led me to test this out with a quick air can shot.

I am not seeing a significant issue here. What gives?

And I appreciate Pentax still offering this lens up brand new. It is a gift to those of us with a K-1, but do not have the need or desire to carry the added size, weight, and cost of the newer 50mm f/1.4 variant. A great lens I am sure, but as I have stated before in my universe 50mm lenses are small, light, and inexpensive.

Moving on from the sharpness question.

While reviewing sharpness wide open I noticed something else. Some reviews stated that they did not like the quality of the bokeh wide open. Some even call it harsh. Again, that has not been my experience either. All of this is subjective really, but again I am fine with what I am seeing.

To add to that even though there is not a massive jump in aperture from f/1.7 to f/1.4 there is a noticeable difference in the amount of background blur…

And finally to add on top of look, feel, acceptable sharpness, bokeh, and light gathering this pulld off another hat trick I appreciate that I prize with my medium format film cameras.

Subject isolation at a distance without the need for a telephoto focal length.

Turns out that while the 50mm f/1.7 got me close enough to where I wanted to be stills image gathering experience wise a lens I once thought I would never purchase unexpectedly got me exactly where I wanted to be. And for less than many manual focus lenses and a fraction of the cost other AF options.

I am reminded that while reviews are very helpful it benefits one to test gear for yourself if at all possible. Your needs, preferences, and expectations may not align with those writing the review.

Seems like things work out every once in a while.

Oddly I have noticed the price of used K-1s creeping up recently. They regularly now go for hundreds more than they did when I picked up my latest copy (I have been here before, but plan to keep this one.) late last year. A significant price increase on a used digital camera that came out in 2016? This may answer my question posed in an earlier blog post, “Can vintage digital be a thing?“. I guess it can. Especially when it plays so well with vintage glass. I feel like this camera gives you the best of all things (Except video. Can technically do it, but if video is your thing I recommend that you apply elsewhere.).

The perks of a DSLR advocates stellar build and ergonomics.

The perks of old school heads like a body style look that reminds one of brick like camera bodies of the past along with access to legacy glass from decades past.

Had thought this was a bit of a compromise, but I am quite good. All of my little premium full frame and digital medium format gadget acquisition syndrome having gremlins have been silenced. 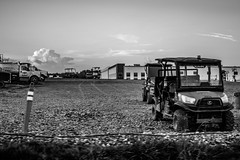 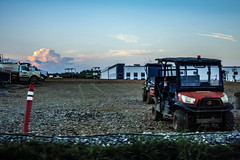 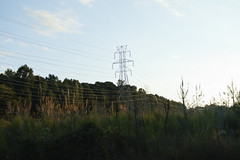 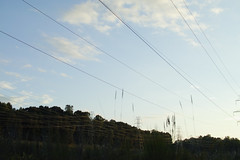