Disclaimer: For practical and general purposes a Bayer sensor is superior to a Foveon sensor. If that is what you are after read no further. This post leans into the impractical elements of photography. The subjective over the objective. Sane, rational folks would be none the wiser, those lucky souls. Perhaps Foveon would be a more practical option with others investing in the technology, but that is where things stand. In that regard it is the Wankel rotor to the traditional piston internal combustion engine. One blows oil and the other suffers image quality issues above the base ISO and does not do video. But where the question is what sensor creates the superior image functional limitations aside the Foveon sensor is superior. So much so that it has weathered two (here and here) direct comparisons between it and favorite film stock and film cameras. So this is a comparison of all three. Foveon, film, and Bayer. On to the preamble.

This post starts as a cut and paste of another recent post where I started deviating from the task at hand. Here I will follow the diverging path.

I mentioned in a recent post that the SIGMA sd Quattro proved to be a surprisingly good tool for night time black and white photography where there is some light available. Pitch black is a non starter.

In all honesty given the amount of flack this camera gets for it’s poor low light performance I was surprised it did this well with minimal light. With black and white only however. It is a color shifting train wreck otherwise. This camera is a poor performer with color using ISOs above 800 or in low light, but I find it to be fantastic for black and white in all but in the darkest of conditions.

I would even say that it performs better so far than any black and white camera I own digital (emulated) or film. Especially with a bright f/1.4 aperture lens where low light is concerned.

As a result this camera is more flexible than I thought it would be.

Mainly because I had been viewing this camera through the lens of my modern digital camera expectations.

But I regularly shoot film while out and about. Most often I will use 400 speed film. Not suitable for all environments, but that does not stop me from shooting it in every environment.

That is the fun part for me. Film would be my preference on any given day all things being equal. But the backlog of film rolls requiring developing and scanning I would create if I only shot film would be tremendous. So while digital is usually my choice when I just want to get the shot film is what I would prefer.

Have read summaries comparing the Foveon sensor’s layered design to film’s use of emulsion layers. From the wikipedia corner of the internets:

That sounds a heck of a lot like what SIGMA is looking to achieve with the Foveon sensor on the left below.

So taking this into consideration what I have on my hands is not a less capable digital camera but a more capable film-ish camera.

Below I will compare black and white images first and then color images. For both I will show samples of Bayer sensor, film, and lastly Foveon with thoughts shared throughout.

Preface: Where you can push the Foveon sensor in low light situations with black and white, good lighting is a requirement with color. Where I would push black and white to 1600 I would really go no further than 400 or maybe 800 with color. As I have stated above this is not an issue for me since I regularly use 400 speed film in low light, but if you are looking for some of the low light hand held antics possible with some Bayer sensors on the market there shall be no such shenanigans here. That being said…

I am happy to adjust for the Foveon sensor’s limitations given the images that it can produce.

Yes, I am still going to use Bayer sensors, of course. I am also still going to shoot film. There is something therapeutic about shooting film and the post processing routine that I enjoy. But for my every day image capturing that used to be split between Bayer cameras and film? That role has now been filled by SIGMA Quattro cameras. For me they are the best of both worlds. 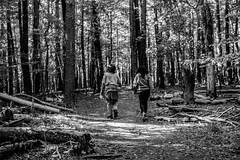 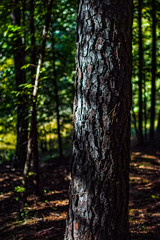 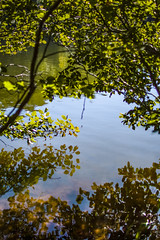 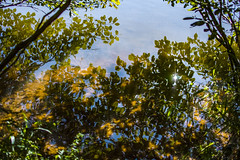