A recurring theme on this blog has been reasonable (relatively speaking) alternatives to pricey gear on the market. I’ve compared film camera legends to inexpensive alternatives.

Most recently I have celebrated a years old camera as a still viable alternative to the newer offerings in the same camera series.

Are there compromises asked for these savings? Yes. But for me, the savings outweigh the compromises. And as an added bonus I prefer to carry the least precious camera with me to complete the task. We do live in a world where stressful events like gear getting lost, broken, or stolen are real concerns. Concerns for me anyway. Your mileage may vary.

Here are a couple more examples.

Have found workable alternatives for near every high end spec piece of gear, but one lens spec option has escaped me. A full frame longer tele prime lens for portrait work. Optimally a 100mm or longer portrait lens. I would tend to go down the same rabbit hole:

But am I chasing a lens spec for the sake of the lens spec or for a certain look such a lens will give me?

In this case, it was a great amount of compression, background blur, and subject isolation from a distance. What if I tripped over a humbler spec that met the need?

Today I received a request at work, sent to many, for photos of someone that was soon to retire. I did find photos of that person from a few years ago and while reviewing the folder I realized that these photos had the exact look I was pursuing. Namely, a great amount of compression, background blur, and subject isolation from a distance.

I will not share the photos taken at the holiday party from a distance since they were taken after a St. Baldrick head shaving, fundraising event in my office. So… A lot of folks would likely not appreciate my sharing these photos documenting their follicle-free altruism. I will share one close portrait of a friend prior to his close cut instead.

Had to think about what I had used that day. I scanned my memory briefly and was fairly certain that this was the fantastic but woefully underutilized Pentax 100mm f/2.8 Macro WR lens on some manner of crop Pentax camera body, perhaps the K-3 II I had a while ago. Thought the compression was due to the 150mm effective full frame equivalency. No longer having a crop sensor Pentax I thought this was a combo I no longer had access to, but no. Looked at the EXIF data and sure enough, this was actually with the Pentax K-1.

This is a lens and camera combination that costs less together used than most of the standalone 100mm plus prime lenses listed above.

Why had I not realized this lens could offer the subject isolation at a distance I was looking for?

This made me go back and look at my previous galleries online. And the answer was simple. I purchase this lens each time I have a Pentax body and really like this lens (It lands on every favorite lens list I have created.), but I have almost exclusively used it as a Macro lens…

…or a long-ish walkabout lens.

But then I found a couple of non-portrait photos without shaved head do-gooders that hinted at this foreground and background blurring at a distance aesthetic I was after.

This is it. This is what I have been looking for. And I had it all along. A few times in fact. And at a far more reasonable sum than I was pursuing elsewhere. Then I wondered, even with how much I thought of this lens, why I did not appreciate the full potential of this lens. The answers are embarrassing if I am honest.

That got me to thinking about the positives of this lens.

Not all is gravy. There is one down side. Exactly one. There is no such thing as a perfect lens.

That’s it. That is all I have got. But in use, I do not find it to be that great of an issue. Things I do to work around it.

Other Macro lenses I have used have had such a switch and there are benefits, but also one down side as well.

Simple. Use this lens more, especially as a portrait lens. I have taken it for granted for far too long.

This is one of my favorite shoots ever and one of the first where I was expressly asked to come and shoot when I was not even seeking work.

They loved the photos. And the same camera took these shots below as well.

What did I use? It does not matter. (But, I will mention it later.)

When I go back and look at these photos I do not think:

What I do think is that I really like these photos. They document a point in time, a person, or people and bring a smile to my face.

Really liked it, but only had it a little while before convincing myself that I needed more. More pixels. More sensor surface area. An inbuilt viewfinder. Faster lenses. More this. More that. More! But if I am honest there is little I have accomplished since photographically (Is that a word?) that I could not have accomplished with this same camera.

As proof of this I used a MFT walk down memory lane last year as a pandemic distraction and I still got along just fine. When I was done with the distraction last year I sold it all off, but the point was made. Even with certain performance perks, my current gear lineup is a choice, not a necessity.

But back to the task at hand. Namely…

This post was not really meant to be about a lens or a camera. The Pentax 100mm and Olympus E-P5 were meant to be examples. Reminders. Reminders of what?

New gear releases are relentless. Pixie dust cameras abound. Both threatening to crater bank accounts in a moment of weakness. Then when you do buy in it does not stop. What of the gear release around the corner? What of that one next lens you choose to obsess over? It never ends.

But taking comfort in what you have already and pursuing less cost prohibitive solutions does bring a sense of peace. For me anyway. Also helps to be realistic about your own needs. For example:

I was having a bit of a regressive gear obsessive fit regarding the GFX system… again. Like I said in the title, I am a work in progress. Then it hit me. I have a potential photography job in the works. This would be an event that would require:

I already have this. In order to switch to GFX I would need to sell all of it and maybe be able to get one body, and one lens… Maybe. Two lenses? Nope. Flashes? Likely not. And let’s be real, I would only be able to afford the newest GFX entry, the GFX 50S II. And while a capable camera for many purposes it would not be the proper tool for this type of shoot with contrast only AF. On top of that the lenses I would be able to swing would not be all that fast.

So that leaves me where I am. Happy with what I have. Lower tier models and older gear. All of which can be had for a reasonable sum. Not exciting, but good. Right? I think so. This same kit has performed flawlessly time and time again for a multitude of purposes.

Well, that wraps up this episode of talking myself out of impulse buys based on want rather than need. These reminders to myself are a great help.

Thank you for playing along at home.

Adorama and SIGMA have conspired to enable me to immediately contradict myself a day after posting this. What happened? Glad you asked. Sale happened.

The two main SIGMA Art lenses I was looking for above in this post (105mm and 135mm) can now be had for less than $1,000 brand new with one caveat. This only applies to the SIGMA SA mount versions. But this is not as problematic as it would seem. Sure, only a few weirdos out there that own a SIGMA SA mount camera (<ahem, cough>, me. I am one of those weirdos.) could make use of these lenses as is. But… there is this adapter you see. The SIGMA SA to Sony FE MC11 adapter will allow this camera to be used on Sony FE cameras. And this adapter is also currently on sale for $174. So let’s add it up.

And if the 135mm f/1.8 Art is more to your liking that is $100 less. Stay tuned as there will likely be more on this as things develop.

One Reply to “Learning to stop chasing unicorn gear. I am a work in progress.” 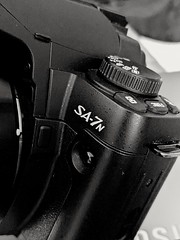 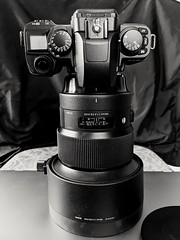 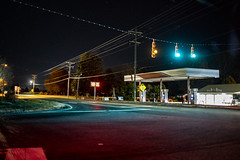 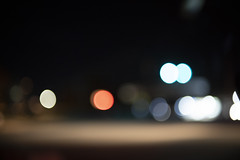